Currency: USA (USD)
The Designer Sale is now up to 70% off—and going fast. Don’t miss it | SHOP NOW
Get 10% Off Your First Full-Price Purchase When You Subscribe To Our Emails | SUBSCRIBE NOW 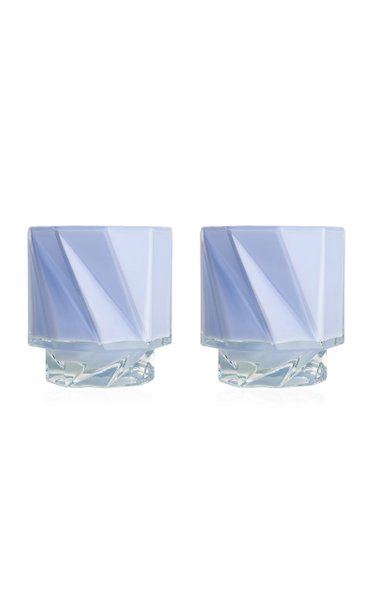 Notify me when this size is back in stock
EDITOR'S NOTE

Moda has partnered with the design studio to craft an exclusive iteration of its Venetian-inspired 'Ghost' tumblers. In keeping with the spirit of the season, Eicke has redefined his signature hand-blown twist-faceted glass — a design meticulously developed over the course of two years — to perfectly mimic the deep blue glow of an iceberg and its ever changing character.