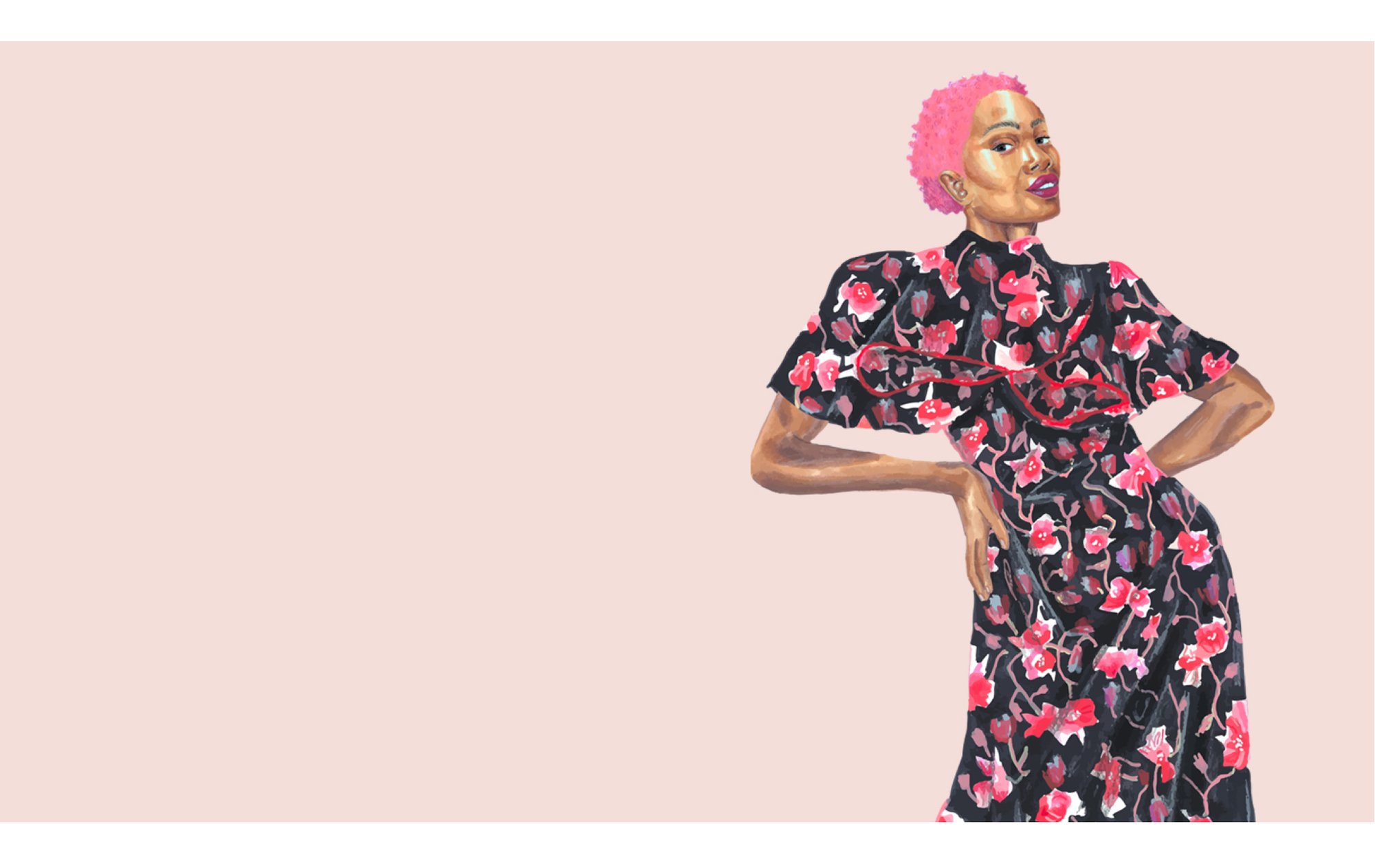 
The South African talent and winner of the LVMH Prize is leading the global vanguard of designers who are bravely rejecting the norm in favor of meaningful new narratives that get people thinking. 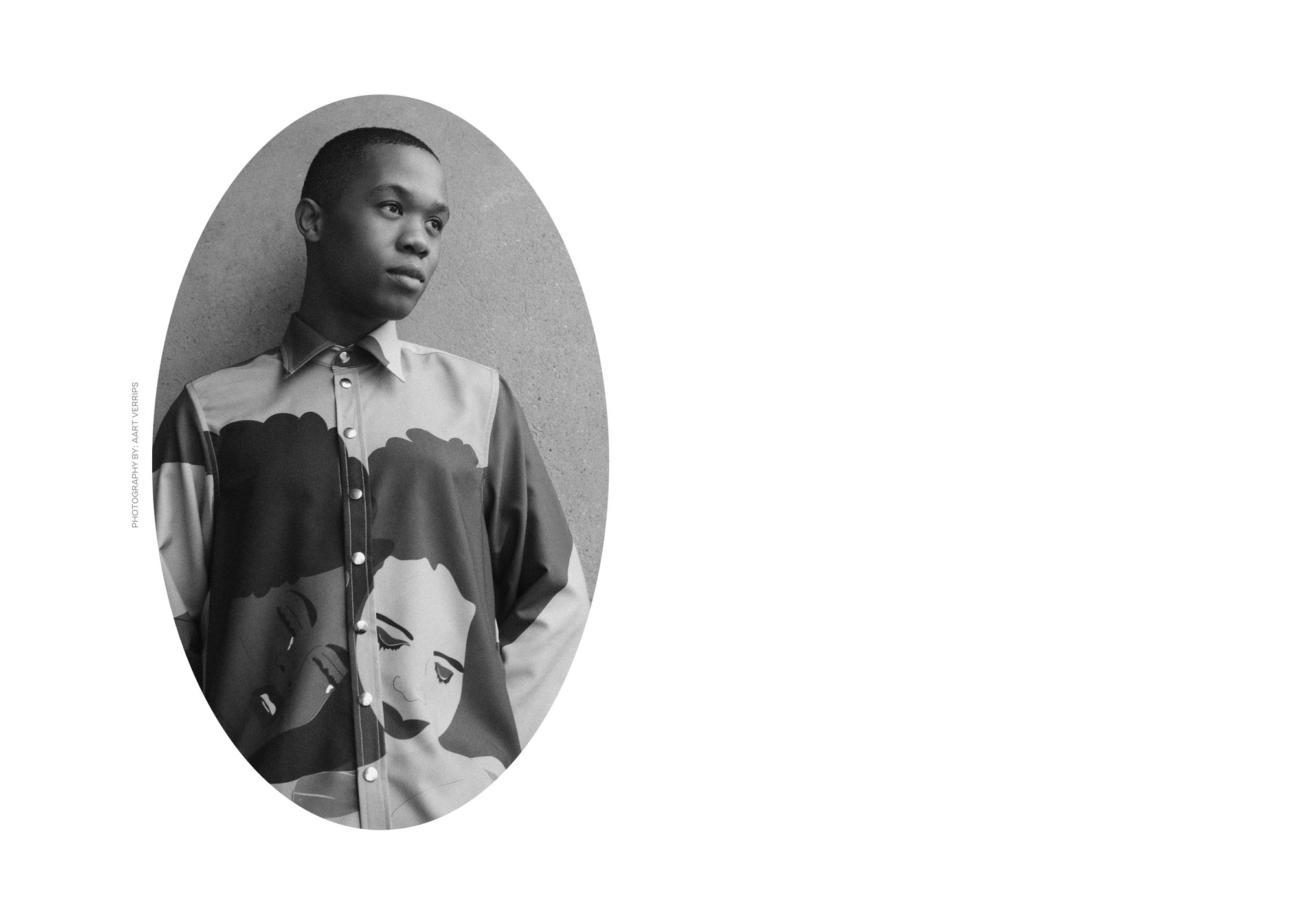 Thebe Magugu’s collections contain multitudes. In them, you’ll find utilitarian shirtdresses and layered handkerchief hems (traces of the uniforms prominently featured in his upbringing) and an exceptional use of texture, color, and print. They’re the sort of clothes that compel you to stop a stranger on the street and ask them where they got them.

Inspired by fashion’s greats—from ‘80s and ‘90s icons like Martin Margiela and Rei Kawakubo to today’s industry heavyweights, like the late Virgil Abloh—the South African talent leads the vanguard of young designers around the globe who are blazing audacious, socially disruptive trails. Magugu’s pieces make powerful statements about his home country while also being undeniably chic—and because chic clothing is a universal language, so too is his reach.

Underpinning his work is a fascination with—and deep reverence for—women. Thebe Magugu (pronounced “Teh-Beh”) was raised by his mother, aunt, and grandmother in Ipopeng, a suburb of Kimberley, the capital city of South Africa’s North Cape. Growing up, watching each woman cultivate a distinct sense of style nurtured his creative imagination and still informs his work today. For instance, his propensity for uniforms—for “clothes that, though beautiful, [also] have functionality that aids in women’s day to day”—is a direct reflection of the women who raised him. “My grandmother had a uniform as a medical nurse and as a member of the church,” he remembers. “My mother had one as well, preferring to wear coordinated sets for work.”

After high school, Magugu moved to Johannesburg to study fashion, officially launching his namesake label in 2016. Abundantly aware of fashion's power to effect change, he pours his native South Africa into everything he creates—whether his intention is to critique, comment, pay tribute, or convey a sense of nostalgia.

Oftentimes this translates to stunning sartorial examinations of South Africa’s political unrest or other current social concerns—always with a laser focus on the country’s most oppressed citizens, particularly women. Take his Spring ‘21 collection, which is inspired by the women who worked as undercover spies during Apartheid and features a polka-dot print that is, upon closer inspection, actually the fingerprints of one of the former spies. Or Spring ‘22—currently available on Moda—which uses prints taken from his Basotho heritage, decontextualized for a global audience alongside incredibly personal abstracted renditions of family photos. These stories are “hidden gems,” as he once put it, revealing what “might otherwise run the risk of being forgotten.”

Magugu’s ability to subtly weave radical commentaries into elegant, wearable clothing has earned him prestigious praise, from the LVMH Prize in 2019 to the Costume Institute at the Metropolitan Museum of Art, which purchased one of his designs for their archive.

Meet him in his own words here.

MODA: What does fashion mean to you?

THEBE MAGUGU: In the beginning, fashion for me was purely aesthetic—it was about a FAB moment. But as I grew up and studied it, particularly in fashion theory, I started truly respecting it as an opportunity to do very cerebral work as well that got people thinking. I think people feel liberated when they feel seen and their story is heard, and I think that’s what makes fashion such an incredibly smart medium to communicate, address, and ultimately change.


“I wholeheartedly believe that clothes can liberate people.”


MODA: What was the first piece you ever designed?

TM: A brown dress, fitted around the bust, then ballooned into a hot bubble skirt, which obviously was terrible—but bear in mind I was 11 or 12, so I was beaming with pride over it. I cringe at it today, but I applaud my younger self’s sense of proactivity and experimentation.

MODA: What would you consider to be your brand signatures?

TM: I find merino wool knits to be one of our staples, because of its smarts as a fiber and fabric. I also love our classic blouse and pleated skirt uniforms, which you can see season after season in varying prints.

MODA: What is the inspiration behind the SS’22 collection now on MODA?

TM: This current collection is my most personal to date because the inspiration comes from family photos between 1950 and 1980. As a collection, this is one that, from an inspiration POV, I recommend MODA shoppers have for their archives. In terms of special techniques, we used prints taken from my Basotho heritage and decontextualized them for a global audience. Images of my family are abstracted and printed on pleated full-circle skirts. Conventional outerwear staples are spliced and recontextualized with items from other staples [to create pieces like the] Off-The-Shoulder Trench Coat. It’s about tensions between the modern and the traditional, the local and the global—and a renewed sense of the old. 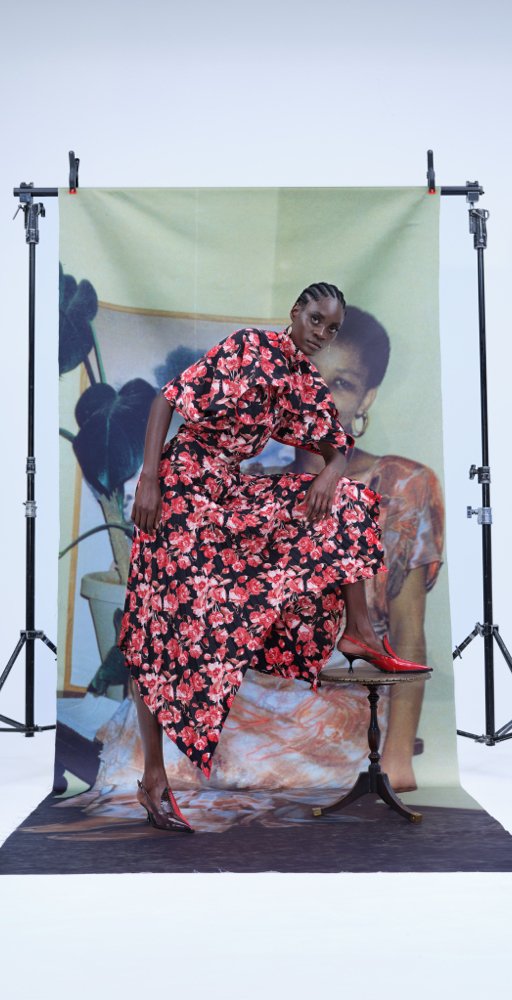 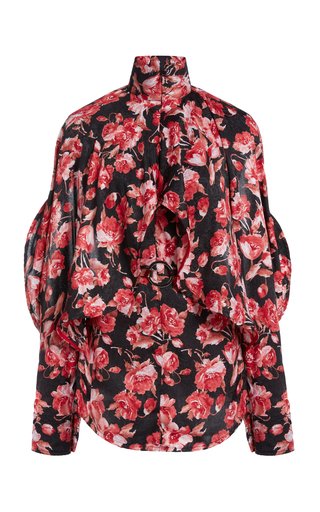 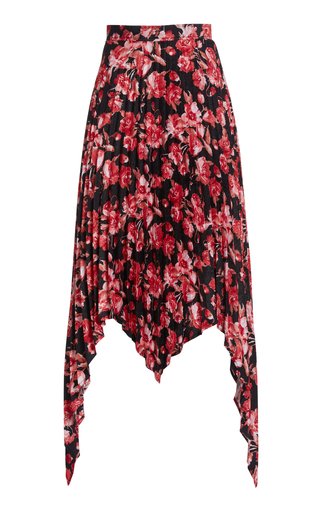 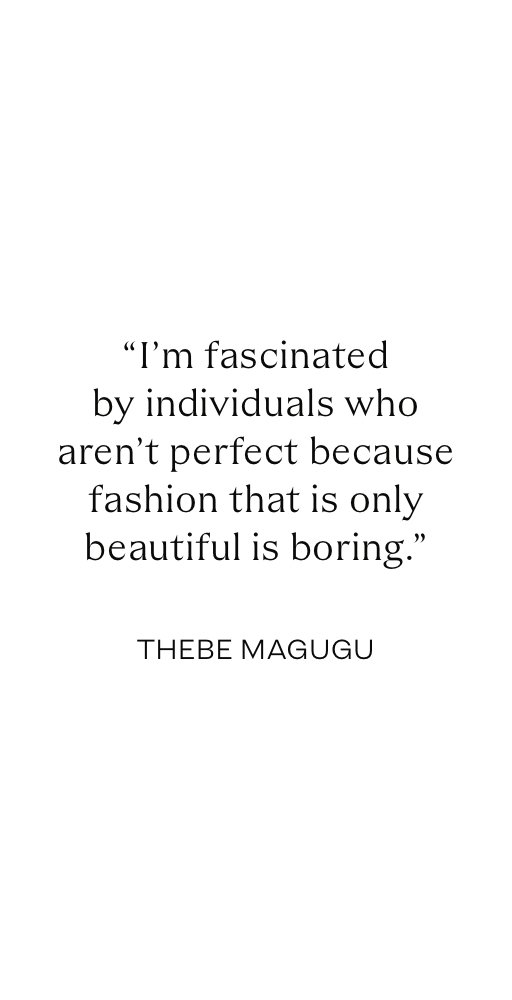 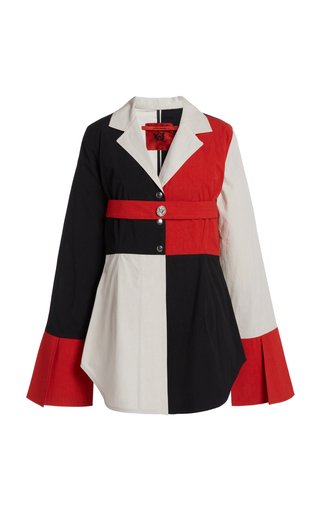 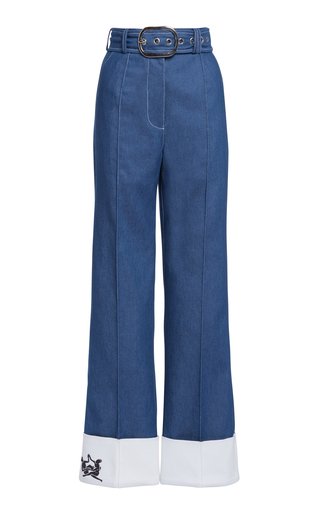 TM: I think it’s important for people to protect their family when putting them under the light of public scrutiny. I am aware we are living in cruel times, where someone can critique the images on Twitter as a way of trending at the expense of others. But after getting my family’s enthusiastic approval [of actually producing images of them on garments through prints—which was the most challenging of all my original prints], I also wanted the clothes to act as relics one day; that the Magugu Family remains in various archives, whether that’s in museums or as passed-down heirlooms.


“It's about tensions between the modern and the traditional, the local and the global—and a renewed sense of the old.”


MODA: Do you think clothing can help liberate people? If so, how?

TM: I wholeheartedly believe that clothes can liberate people, and I look no further than the women I have interviewed for past collections. For the PROSOPOGRAPHY collection, I interviewed women of the Black Sash—a pro-rights organization during Apartheid in South Africa who fought for liberation of people of color, often offering their own homes as refuge and paying for legal fees. One of them told me she used fashion as a means to switch between her domestic life and her radical life, saying, “When I cooked breakfast for my husband, I would wear a baby pink cotton day dress and when he left, I wore boots and an anorak and went out to fight in the streets. He had no idea.” This was one of many examples of people using fashion as a shelf to hide in plain sight.