Currency: USA (USD)
Now live: the DESIGNER SALE—up to 60% off. Snap up your favorite items before it’s too late. SHOP SALE
Get 10% Off. Sign up for Email or Text Alerts. 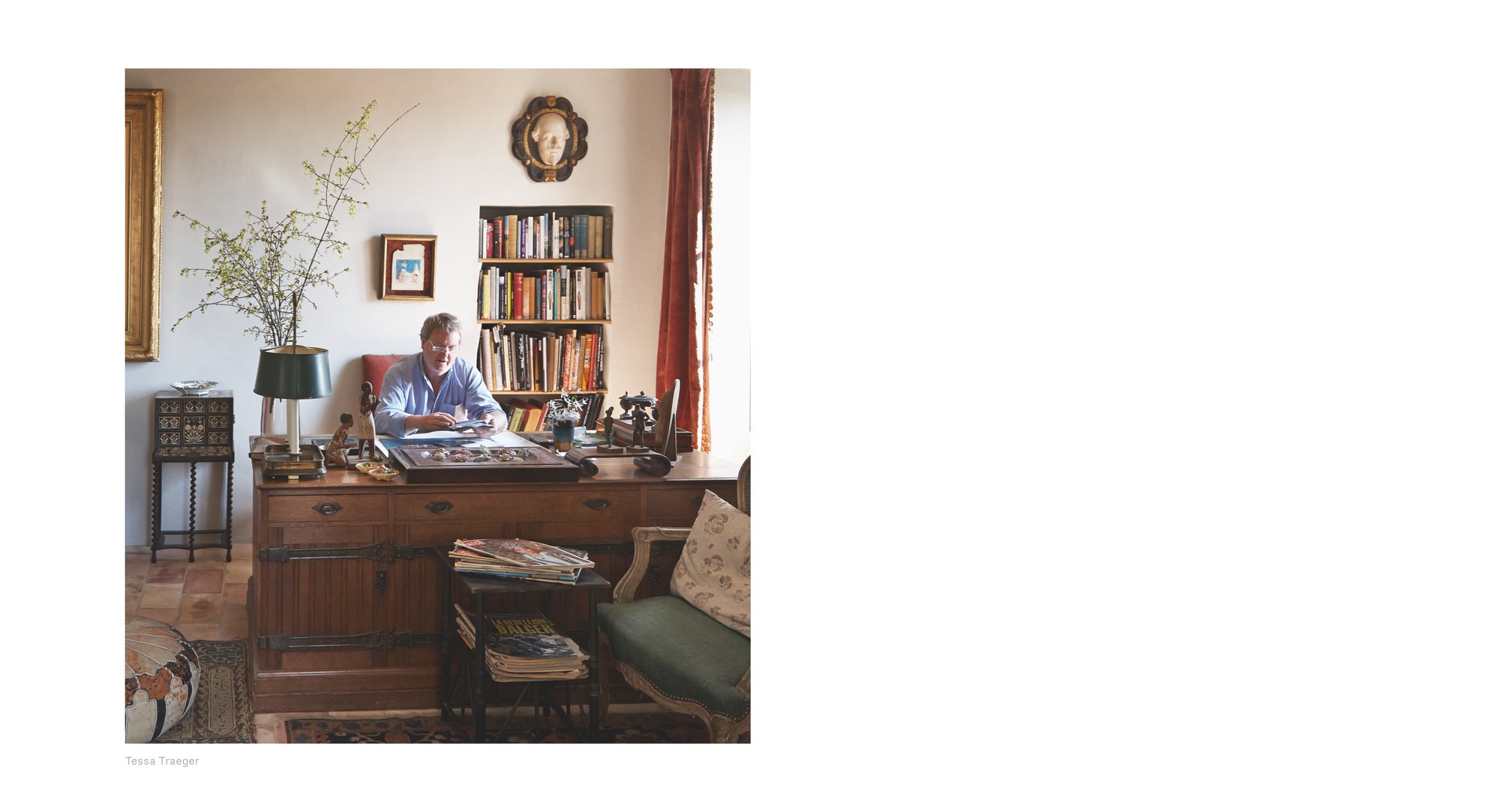 A Stitch in KIME
Inside the curious world of Robert Kime, the English decorator adored by Tory Burch
by Tatiana Hambro

Any Robert Kime home—be it in a handsome London neighborhood or the heart of Provence—reveals a collector’s passion. Choice antiques, rich upholstery, rod and rail hanging, Delftware, Turkish rugs, oil paintings, books, and yet more books. How best to describe the sum of these parts? Kime’s talent is certainly his unique ability to blend cultures, countries, and centuries to timeless, elegant effect, yet his aesthetic is not quite so easily defined. “I don’t have a look,” he muses. “For me, design has always been about comfort, ease, and safety.” 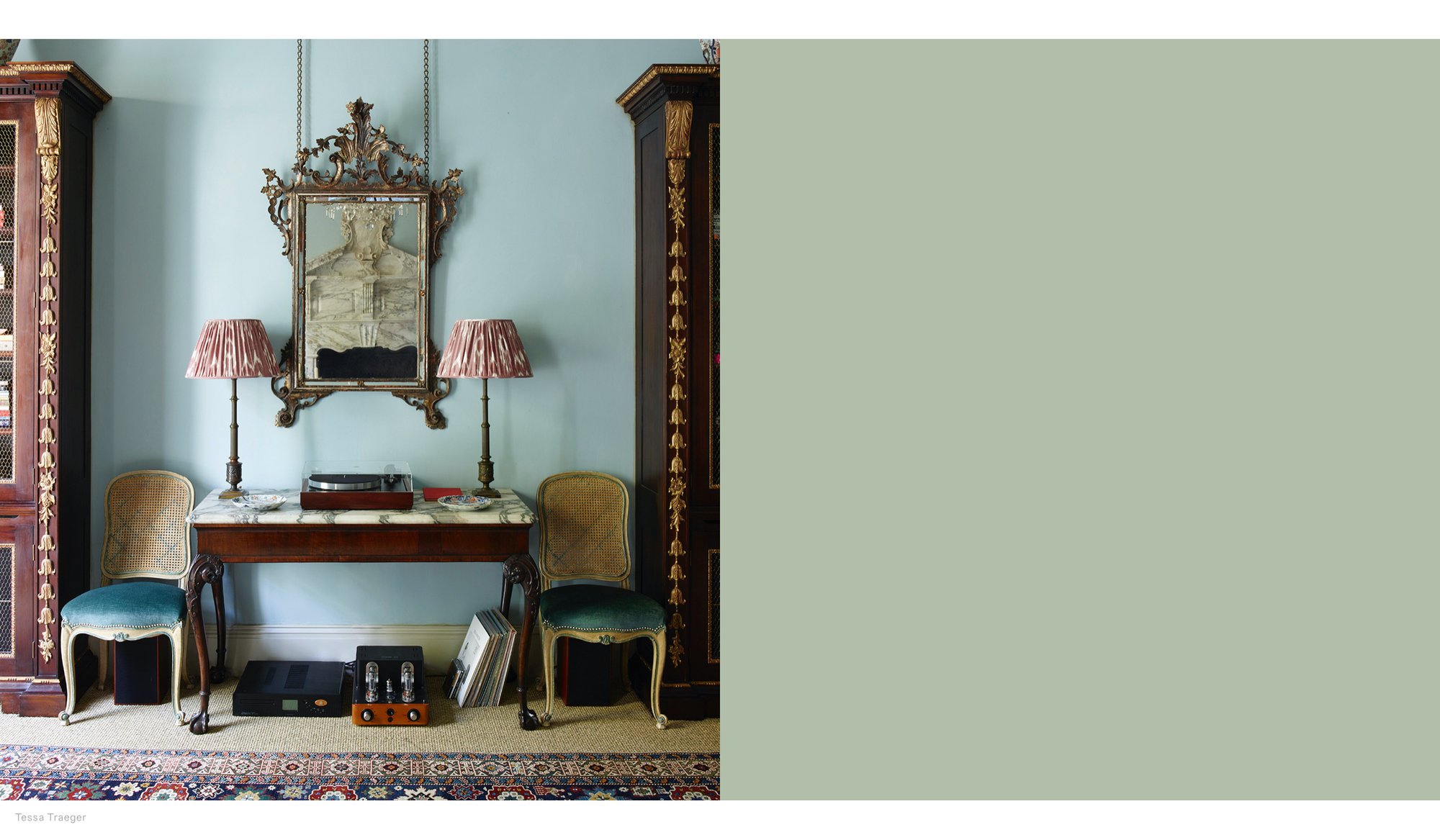 “For me, design has always been about comfort, ease, and safety.”
ROBERT KIME
Thanks to a client book bursting with names from British aristocracy, Kime enjoys a reputation as something of a gatekeeper to sophisticated English style. The Prince of Wales, who enlisted Kime to update Clarence House, the Royal residence in London, famously said, “He has one of the best eyes out there.” However, while his patrons and their homes are unquestionably grand, his rooms are cozy and comfortable. Fabrics feel lived in, patterns evoke a sense of far-flung travels, and every object appears deliberate and beloved as if there’s some great story behind it (there usually is). Nothing feels too precious to be picked up, lounged on, looked at, and enjoyed.

Kime enjoys a reputation as something of a gatekeeper to sophisticated English style.

But that doesn’t mean the designer is stuck in the traditions of the past. Quite the opposite. Kime, who studied history at Oxford and began his career as an antiques dealer, is known for pairing his rare treasures with flea market finds and has a delightfully refreshing approach that does not subscribe to rules. In the early eighties, when his decorating career was really taking off and his personal collection of textiles could no longer keep up with the sky-rocketing demand, he started designing his own. Printed on natural materials, the richly patterned fabrics were—and continue to be—inspired by document textiles found on travels abroad.

In April of last year, he joined designer Tory Burch on a trip to Japan. Burch, a longtime admirer of Kime, had asked him to redecorate her husband’s house in Normandy, France. The two became fast friends (Tory “gets it,” according to Kime) and decided to travel from Tokyo to Kyoto in search of inspiration. To their surprise, it wasn’t the region’s exquisite embroidered kimonos that struck a chord, but rather the “humble” indigos that are integral to everyday life in Japan. “What appealed to me was the wonderful working cloth that we found,” he recalls. “We went to wonderful places, absolutely stacked with beautiful things. The designs, the colors, and the small blooms were so uniquely Japanese.”