Currency: USA (USD)
Now live: the DESIGNER SALE—up to 80% off. Snap up your favorite items before it’s too late. SHOP SALE
Get 10% Off. Sign up for Email or Text Alerts. 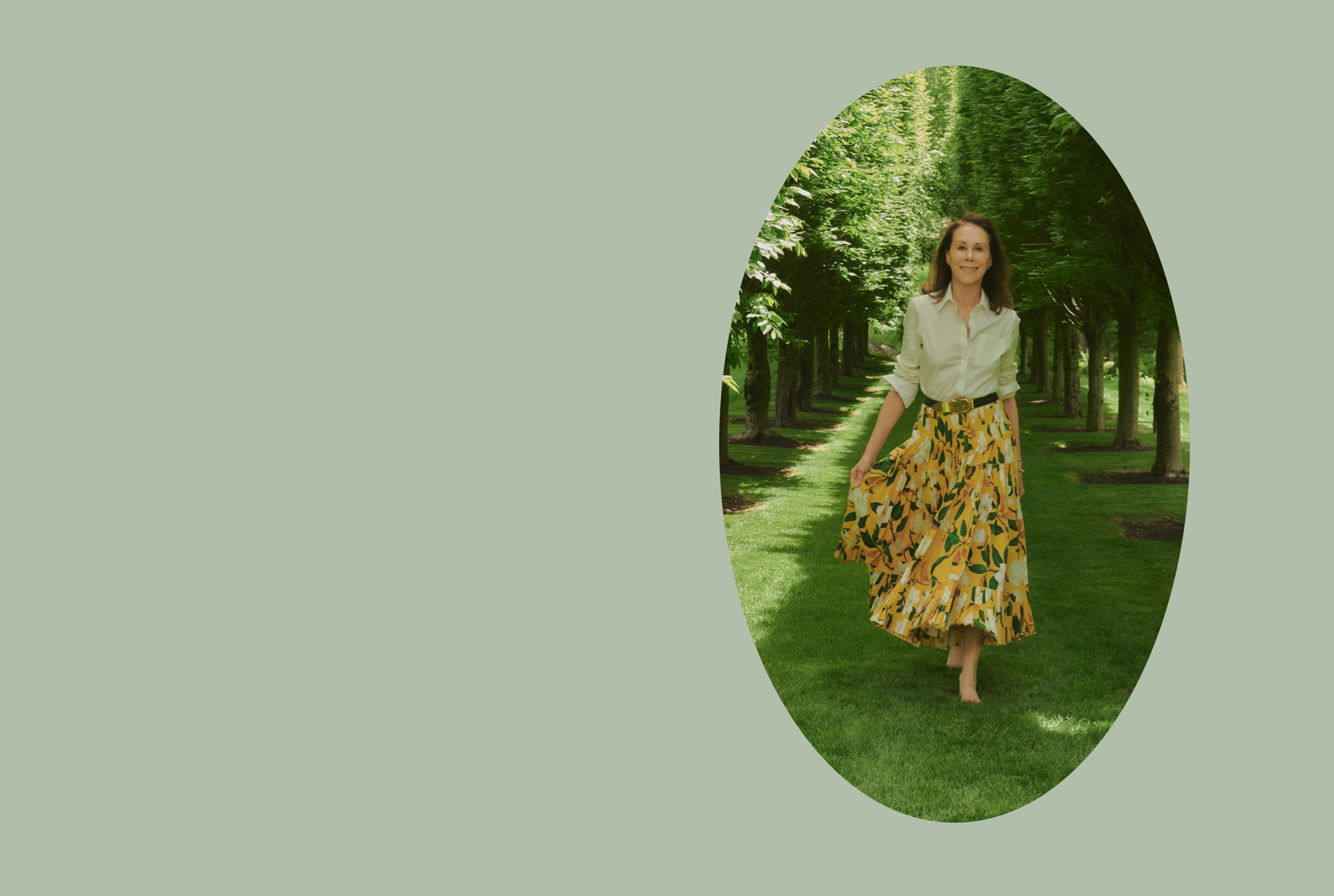 Gilding The Lily With CAROLYNE ROEHM

The original tastemaker, Carolyne Roehm has been synonymous with American style for over four decades. Here, she brings Moda’s Lily Of The Valley tabletop collection to life from her idyllic country estate in Connecticut. 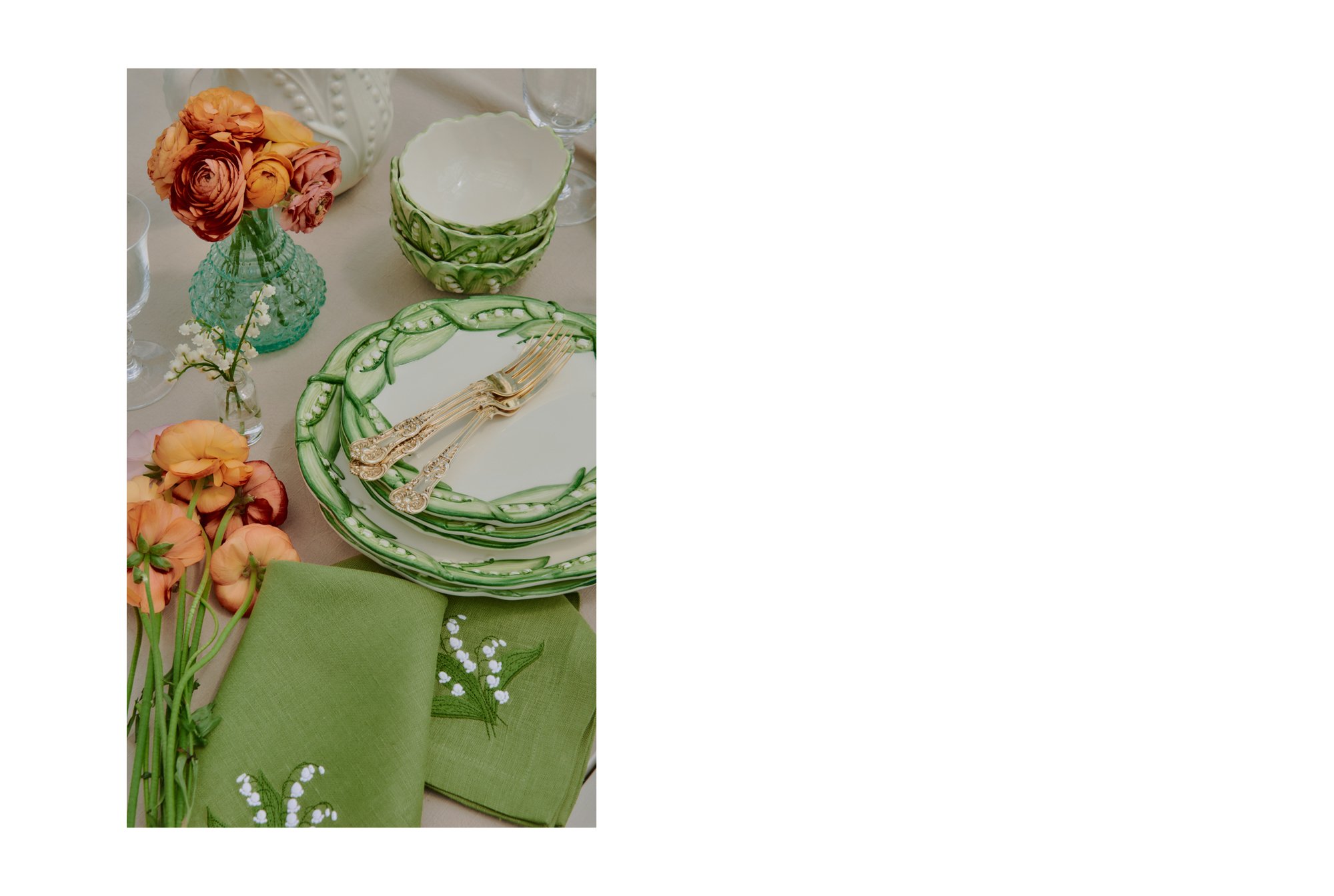 It’s hard to introduce Carolyne Roehm—a multihyphenate before multihyphenates were a thing—in one sentence. Designer, gardener, painter, writer (she’s authored 14 books—and counting—on design and style), photographer, decorator, hostess…the list goes on. She made her name at Oscar de la Renta, where the Missouri native and hardworking fine art major was hired as an assistant—“her dream job”—and soon found a mentor in her new boss. Thus began her education in high style. “I think Oscar taught me more about life than about fashion,” Roehm muses over white wine and chilled asparagus soup at her magnificently restored 18th-century country home, Weatherstone.

This was the ‘70s and ‘80s in New York City: a time when Oscar de la Renta and his then wife, French Vogue editor-in-chief Françoise de Langlade, threw legendary, lavish dinners at their sumptuous Manhattan home—playing host to Frank Sinatra, Swifty Lazar, the city’s elite, and oftentimes, a 20-something Carolyne. “I was the seat-filler girl,” she recalls with a laugh. “That’s really how I learned how to entertain. Of course I knew a couple of things from my mother and grandmother in Missouri, but this was on a whole other level.” At the de la Renta’s, Carolyne observed how elements as varied as flowers, linens, fragrances, and food come together as a harmonious orchestra—the sum so much greater than the individual parts. “I couldn't do it on that scale, of course, but I could pick up on the details and interpret them.” 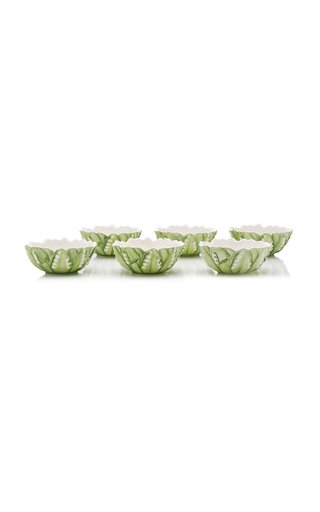 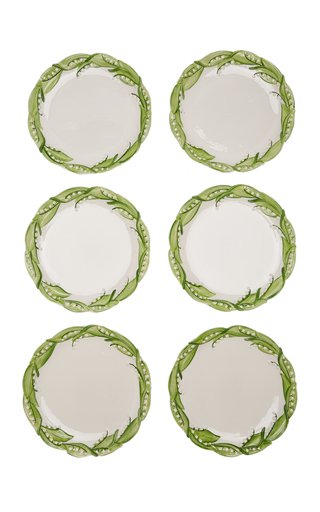 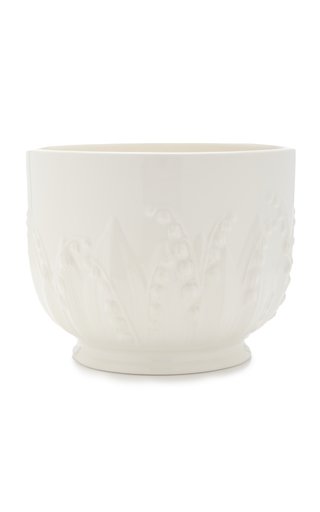 And it’s on these details that she’s built her incredible career. Now in her seventh decade, Roehm—who is preternaturally poised yet easily swears, walks barefoot, and happily swaps fast food favorites (Kentucky Fried Chicken and Dairy Queen) with Moda's shoot team—is still an inspiration to anyone in search of her refined sense of beauty. Hamish Bowles describes her as a “New York style icon.” Manolo named a shoe after her. And the late Bill Blass dubbed her “the ultimate tastemaker.” While these days her parties are on the smaller scale—“dinner for six is my idea of heaven”—she’s busy tending to her magnificent gardens, beloved dogs, and four homes with her longtime partner Simon. She is also working on another book (her last book, a charming tripartite titled “Passions,” came out during the pandemic) and continues to paint and design home products, including the embroidered linens for Moda’s latest Lily Of The Valley tablescape. Here, she shares how to host, why she loathes wrinkled linens, and more.
—Tatiana Hambro 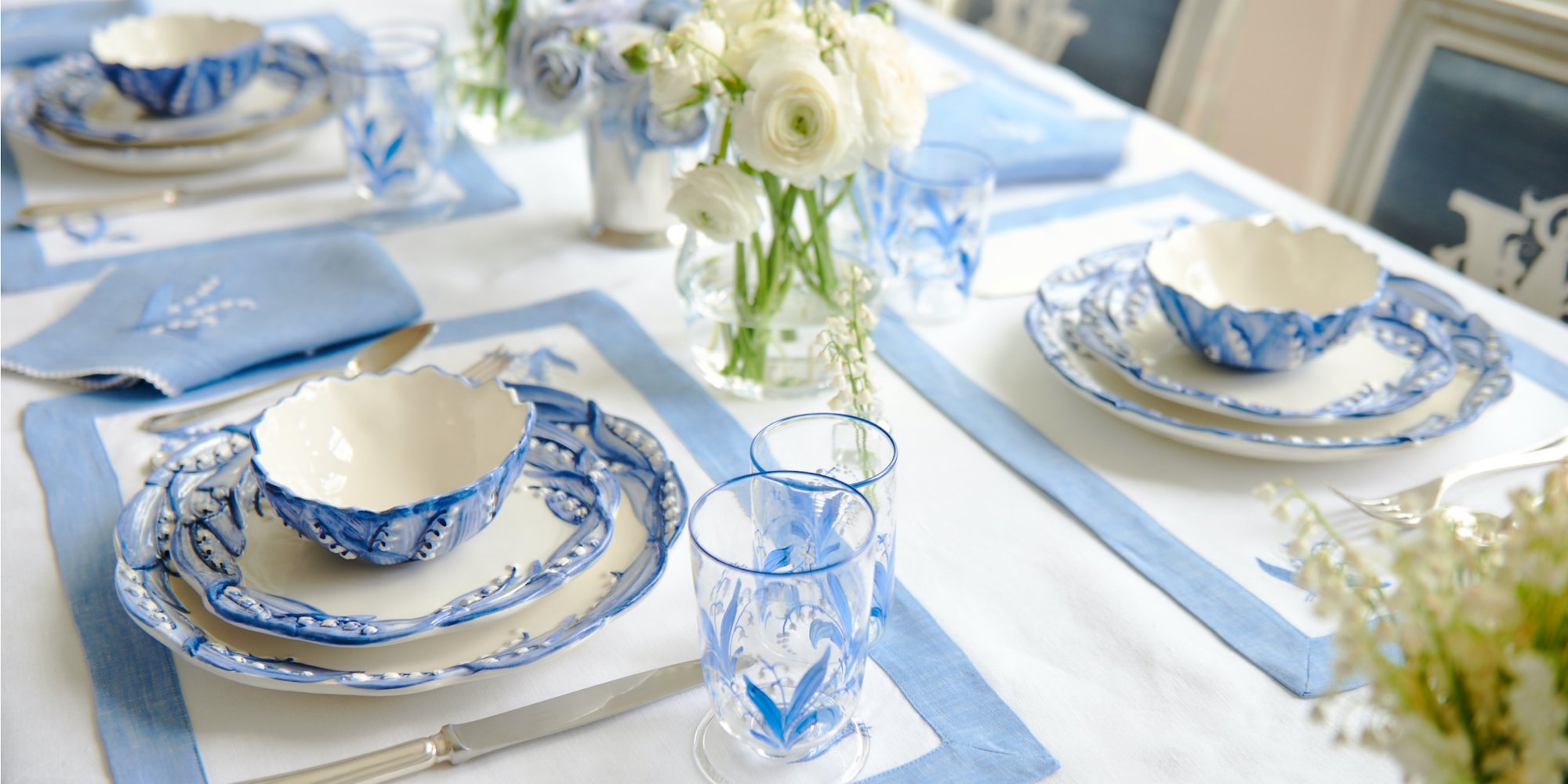